The Raw Materials That Fuel the Green Revolution 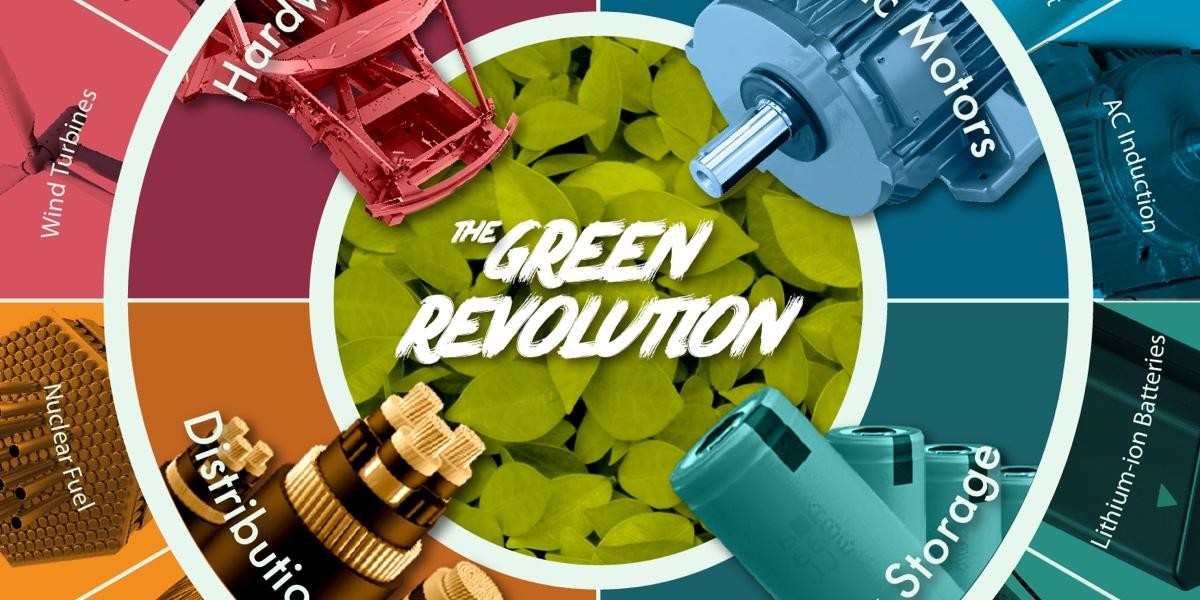 Records for renewable energy consumption were smashed around the world in 2017. 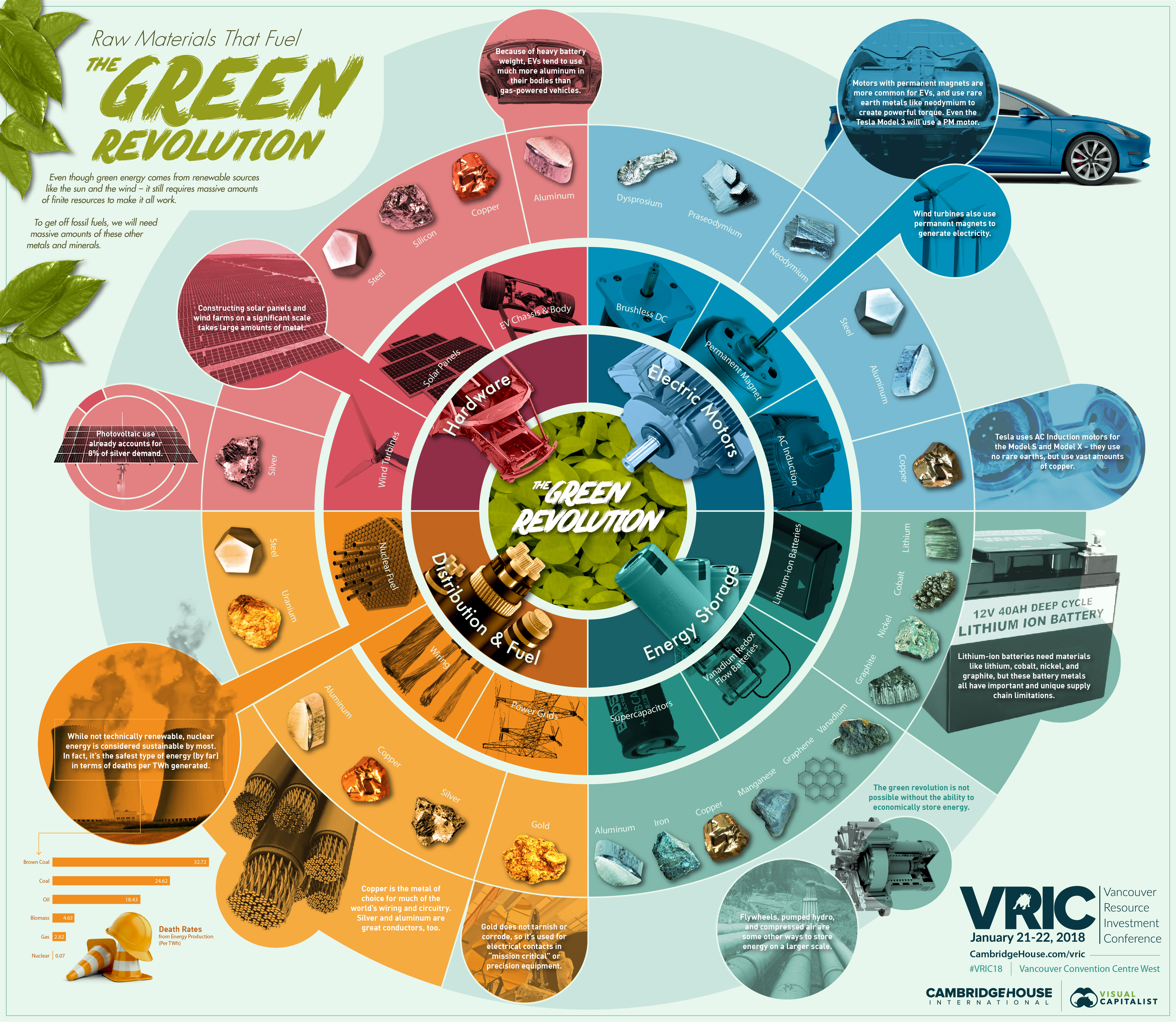 View the high-resolution version of today’s graphic by clicking here.

Looking at national and state grids, progress has been extremely impressive. In Costa Rica, for example, renewable energy supplied five million people with all of their electricity needs for a stretch of 300 consecutive days. Meanwhile, the U.K. broke 13 green energy records in 2017 alone, and California’s largest grid operator announced it got 67.2% of its energy from renewables (excluding hydro) on May 13, 2017.

The corporate front is also looking promising, and Google has led the way by buying 536 MW of wind power to offset 100% of the company’s electricity usage. This makes the tech giant the biggest corporate purchaser of renewable energy on the planet.

But while these examples are plentiful, this progress is only the tip of the iceberg – and green energy still represents a small but rapidly growing segment. For a full green shift to occur, we’ll need to 10x what we’re currently sourcing from renewables.

To do this, we will need to procure massive amounts of natural resources – they just won’t be the fossil fuels that we’re used to.

Today’s infographic comes from Cambridge House as a part of the lead-up to their flagship conference, the Vancouver Resource Investment Conference 2018.

A major theme of the conference is sustainable energy – and the math indeed makes it clear that to fully transition to a green economy, we’ll need vast amounts of metals like copper, silicon, aluminum, lithium, cobalt, rare earths, and silver.

These metals and minerals are needed to generate, store, and distribute green energy. Without them, the reality is that technologies like solar panels, wind turbines, lithium-ion batteries, nuclear reactors, and electric vehicles are simply not possible.

Here’s what you need: a lightweight body, a powerful electric motor, a cutting-edge battery that can store energy efficiently, and a lot of engineering prowess.

Putting the engineering aside, all of these things need special metals to work. For the lightweight body, aluminum is being substituted in for steel. For the electric motor, Tesla is using AC induction motors (Model S and X) that require large amounts of copper and aluminum. Meanwhile, Chevy Bolts and soon Tesla will use permanent magnet motors (in the Model 3) that use rare earths like neodymium, dysprosium, and praseodymium.

The batteries, as we’ve shown in our five-part Battery Series, are a whole other supply chain challenge. The lithium-ion batteries used in EVs need lithium, nickel, cobalt, graphite, and many other metals or minerals to function. Each Tesla battery, by the way, weighs about 1,200 lbs (540 kg) and makes up 25% the total mass of the car.

While EVs are a topic we’ve studied in depth, the same principles apply for solar panels, wind turbines, nuclear reactors, grid-scale energy storage solutions, or anything else we need to secure a sustainable future. Solar panels need silicon and silver, while wind turbines need rare earths, steel, and aluminum.

Even nuclear, which is the safest energy type by deaths per TWh and generates barely any emissions, needs uranium in order to generate power.

THE PACE OF PROGRESS

The green revolution is happening at a breakneck speed – and new records will continue to be set each year.

Over $200 billion was invested into renewables in 2016, and more net renewable capacity was added than coal and gas put together:

The numbers suggest that this is the only start of the green revolution.

However, to fully work our way off of fossil fuels, we will need to procure large amounts of the metals that make sustainable energy possible.