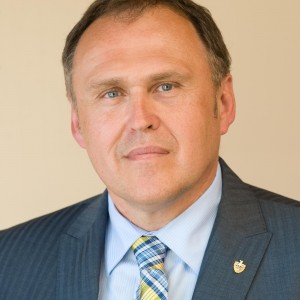 Darrell Pasloski was elected Leader of the Yukon Party on May 28, 2011 and was sworn in as Premier on June 11, 2011.  He was elected to the Yukon Legislative Assembly in the general election of October 11, 2011 and was sworn into Cabinet on November 5, 2011.  In addition to his duties as Premier, he serves as Minister responsible for Executive Council Office and Minister of Finance.

Premier Pasloski began his political career in 2008 when he represented the Conservative Party of Canada in the 2008 federal election. Before entering politics, he worked as a pharmacist and was an active member of Yukon’s business community as well as in the community at large. In 1982, he graduated from the University of Saskatchewan with a degree in Pharmacy with distinction. After moving to Whitehorse in 1991, he owned and operated two pharmacies.  He was named Business Person of the Year by the Yukon Chamber of Commerce in 2009.

Premier Pasloski has a long record of community service. He served three terms on the Vanier Catholic Secondary School Council including two terms as chair. He was the President of the Whitehorse Glacier Bears Swim Club for five years and has been a member of various boards, including MacBride Museum, Swim Yukon and the Mountainview Golf Course.

As an outdoor enthusiast, Premier Pasloski enjoys hiking, fishing, hunting and camping. He has been an active hockey coach and a certified official for both hockey and swimming.

Premier Pasloski has lived within the boundaries of the new electoral district of Mountainview for 16 years. He and his wife Tammie have four grown children, daughters Erin, Lynsey, Bronwyn and their son Taylor.