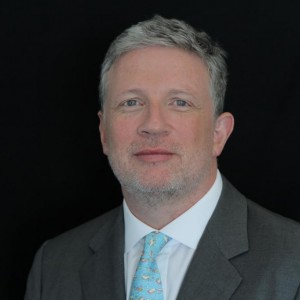 Grant Williams, much to his dismay, is fast approaching 30 years in finance.
He began his career in the Japanese equity market in the mid-1980s and a three-year posting to Tokyo in early 1989 ensured he had a ringside seat for the madness that occurred in the Land of the Rising Sun as the twin bubbles in equities and real estate burst simultaneously and spectacularly at the end of 1989.
After a short stint back in London trading Asian convertible bonds after returning home to the UK from Tokyo in 1992, Grant relocated once again, this time to New York – in time to witness the bursting of the NASDAQ bubble from another front row seat.
Subsequent postings have taken him to Hong Kong (where his arrival coincided with the SARS panic), Australia (from where he watched the Global Financial Crisis play out) and his current home, Singapore (where nothing untoward has happened – yet).
A keen student of history, markets, politics and, above all, human nature, Grant casts a sardonic but insightful eye over the world of finance and attempts to make sense of an ever-crazier landscape.
After the events of 2008 caught so many people off guard, Grant felt a need to put finger to keyboard in an attempt to try and ensure the misunderstandings and lack of awareness about just how bad things were becoming in the lead-up to the crisis didn’t happen again and to try and help people understand that, despite mainstream media coverage to the contrary, nothing had actually been fixed – the can had simply been kicked down the road.
From humble beginnings as a daily note to a few friends and colleagues, Grant’s readership has exploded over the last two years and now, Things That Make You Go Hmmm….. is among the most widely-read financial publications in the world.
A regular speaker at investment conferences across the globe, Grant’s entertaining, yet penetrating presentation style has made him a firm favourite of delegates wherever he travels.
Find out why an ever-expanding group of people in every corner of the world look forward to a walk around the fringes of finance with Grant by subscribing today.
Your view of finance will never be the same again.