By Keith Schaefer – Published in Uncategorized, on April 11, 2014 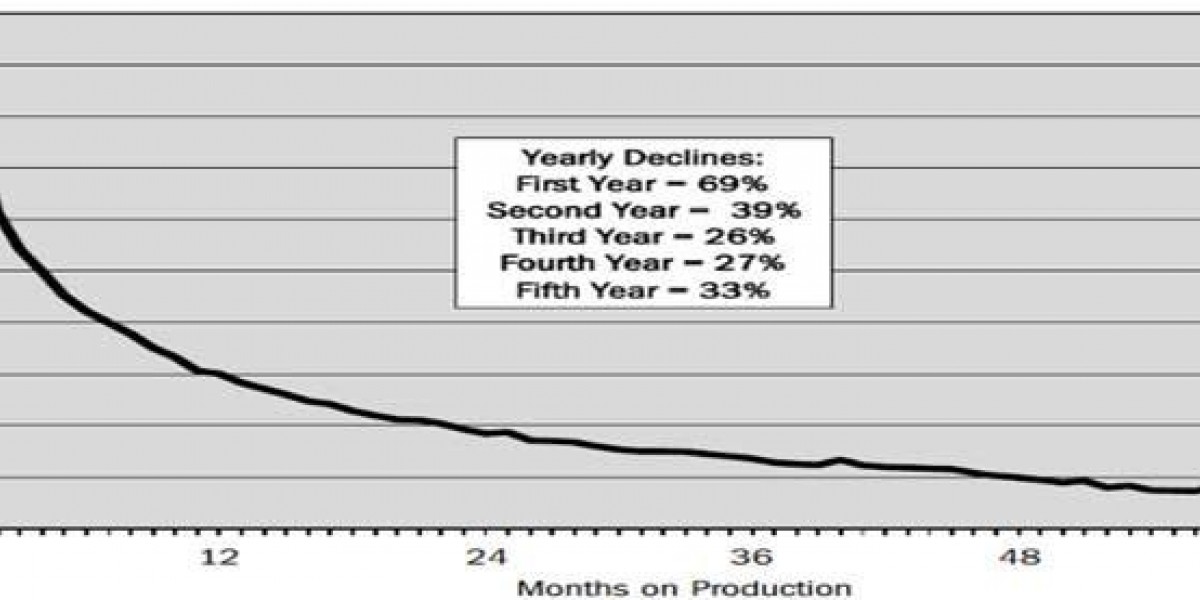 There is a multi-billion dollar problem in the oil patch just looking for a solution—get oil to flow better along the horizontal leg of a well.

A small Canadian company called Raise Production Inc. (RPC-TSXv; GLKFF-PINK) thinks it may have the answer.

They have developed a way to place many small motors down the horizontal leg of a well bore and have them fire in parallel—that means right after each along the well—creating multiple draw down points for oil to be hurried along the well to the vertical part of the well bore.

This beta technology is not yet commercial, but on April 10 they announced their first test well increased production by 300%, and the stock has moved 100% today—a double. The Market believes it will work.

They’ve created an entire new industry—horizontal leg engineering. There is reservoir engineering, and now this. This management team had an idea that oil reservoirs are all very different, and should not decline at the same rate. They assumed that the reason most decline rates are so similar is because of a mechanical issue in the horizontal leg.

And they believed they could fix that. Their little motor system appears does that.

The potential is enormous. Over the next three to five years there will be 26,000 horizontal oil wells drilled in the United States alone just to meet the drilling requirements of land leases.

In the five years that follow that, the energy industry is still going to be making “swiss cheese” of the North American landscape drilling thousands of wells.

There are billions and billions of barrels in the ground in these horizontal plays that we still can’t get at with the current methods of horizontal drilling.

Five years ago this horizontal drilling revolution was barely on anyone’s radar. Today millions and millions of barrels of oil are being produced from horizontal wells.
Precipitous Decline Curves – The Curse Of Horizontal Oil Production

The major horizontal oil fields in Canada and the United States all have similarly high rates of first year declines: 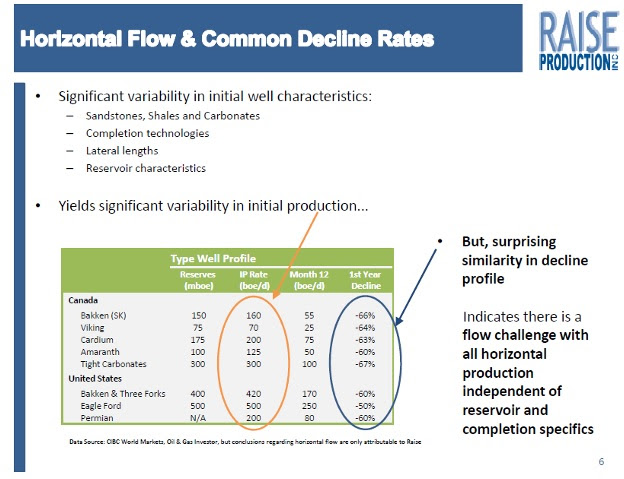 Every one of the major oil fields in North America loses more than half of their initial rate of production after just one year.

Compare that to a vertical oil well that is drilled into a conventional reservoir. Those wells decline at much slower rates which allows for much stronger cash flow for a longer period of time.

The solution proposed by Raise Production could turn the decline curve of a horizontal well into something that looks more like a conventional vertical well.

Any decrease in the rate of decline would increase the return on capital invested drilling a well. It would mean that every single horizontal well that is drilled going forward using this technology would make more money for the driller than it would without it.

Such a significant increase in the rate of decline would mean tens of billions of dollars of value to the energy industry.

Therefore, a patented solution that significantly changes the decline curve on horizontal oil production would also be worth billions.

Raise Production believes that problem with horizontal wells that creates the steep declines is the lack of flow management. A horizontal well goes straight down vertically and, over quite a distance, turns at a right angle and continues straight sideways.

Raise Production’s technology aims move oil along the horizontal section of the well much better to the vertical section where it is “lifted” to the surface. 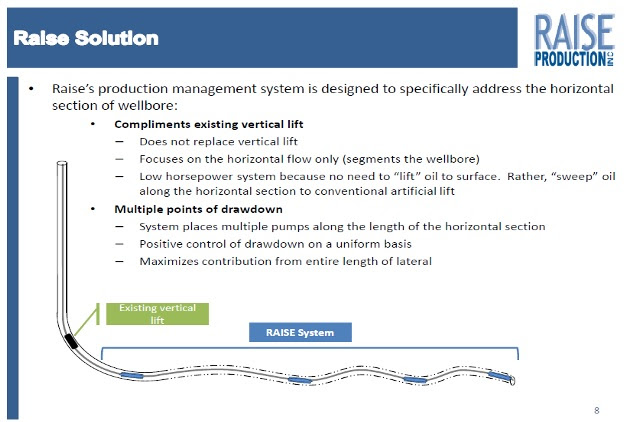 According Raise Production current horizontal wells suffer from the following:

The result of all of this should be that more oil gets to the vertical section of the well, and oil that would have eventually gotten there on its own arrives faster.

Raise Production has spent two and a half years and lots of blood, sweat and tears developing the system.

The company has gone from the conceptual design phase, to industry focus groups, to detailed design, to securing patent protection and finally construction of a proto-type.

All of that work culminated last August with the deployment of the first proto-type system into the field.

On October 21 of last year Raise announced the completion of that initial 60 day field test.

The company was pleased with the results which indicated that the system worked as designed, is stable and that it can have a meaningful impact on horizontal flow.

Raise also announced that through the testing some additional things were learned that can lead to improvements in the system and additional patents.

Based on the results of this field test Raise and its industry partner agreed to try a second deployment of the system at the end of November on the same wellbore.

If this second field test also yields positive results Raise intends to roll out a commercial version of the system in the Viking light oil play in 2014.

The potential is huge, but it’s early, early days. But the Market believes.

DISCLOSURE--I do not own this stock. 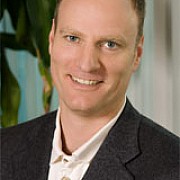