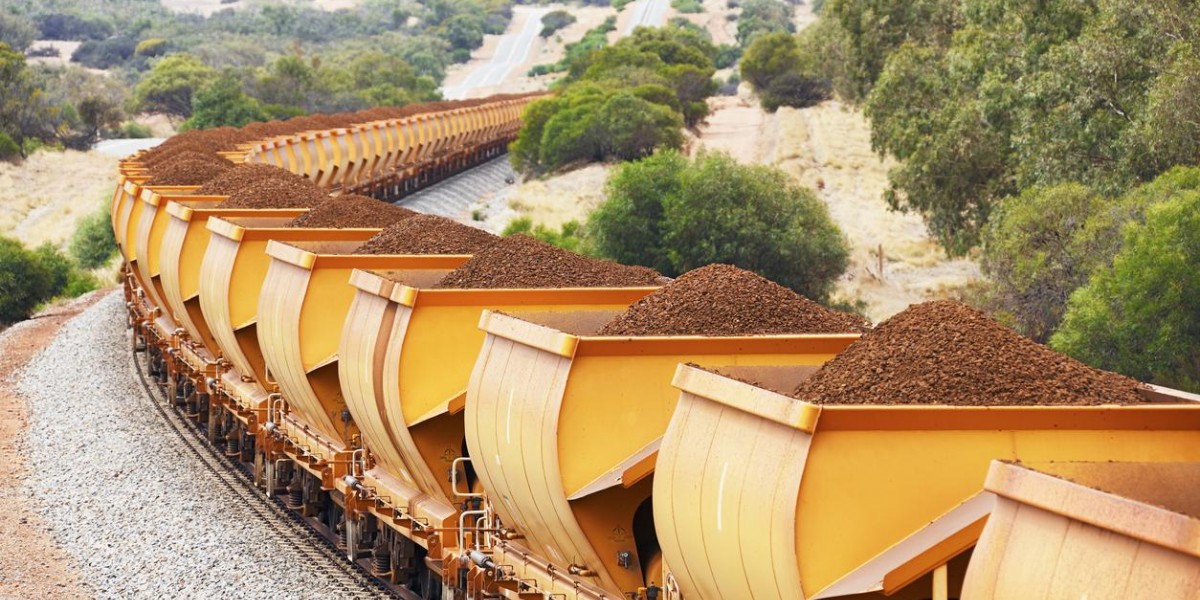 The entire industrial commodity market has received growing interest over the last few months, and the world's fourth largest producer of iron ore seems to have benefited from this uptick in global demand. Fortescue Metals Group (FMG.AU) has seen their shares rise more than 20% from the lows of mid-June, and the issue recently traded around A$5.50.

In addition to a benchmark iron ore price that has risen above $70usd a tonne, they have been successful in curbing their production costs. They are already producing a tonne of iron ore for a cash cost of just over $12usd/tonne, and they believe that this figure could fall further. The iron ore heavyweight thinks they can produce a tonne of ore for between $11 and $12usd in 2018, and that costs for the rest of 2017 should be roughly in line with current spending.

This ultra low production cost is a record for the company, and as their Asian customers return to the marketplace with a hunger for raw materials, Fortescue appears to be in a good position going forward. The one downside that the company deals with is the relatively low grade of ore they produce, and for this reason their product sells at a discount to spot prices.

The way this mining stock is valued by investors is vastly different from the broad market, and the current price to earnings ratio of Fortescue is a prime example of this. Fortescue currently has a P/E of a little over 6, and by comparison, the S&P 500 is trading north of 24 at the moment.

A 400% difference is a wide margin, and given the rise in demand for industrial metals, there may be more risk priced into issues like Fortescue than is justified. It is also paying a healthy dividend currently, and at A$5.50 a share it is yielding over 7%. The S&P 500 is paying a little under 2%, so again, there is a pretty wide gap in valuations.

It isn't just iron ore that has been on a tear higher lately, most of the industrial metals have seen significant rises in price over the last few months. Zinc just traded at over $2,994usd/tonne, which takes its price back to the heady days of 2007. Most of the other base metals have seen double digit percentage gains over the last few months, with copper trading well over $6,400usd/tonne on a consistent basis.

The story for zinc appears to be one that is purely market driven, while copper and aluminum are both being bid for a variety of reasons. There have been some major problems for copper producers across the world over the last year, and the situation at Freeport-McMoRan's Grasberg Mine in Indonesia is a prime example of the headwinds that metals producers are facing.

Freeport-McMoRan has been dealing with a labor dispute that has severely reduced production at the Grasberg site, and a large amount of their workforce is on strike. To make matters worse, a series of flash floods has done major damage to the infrastructure there, and so far, there haven't been any indications of when this mine might come back to full production.

Aluminum was just bid up to levels last seen in 2014, and the cash contract is currently trading at $2,094.50usd/tonne on the LME. China Hongqiao, which is one of the top aluminum manufactures, confirmed to the Hong Kong Exchange that it will be taking 2.68 million tonnes of production capacity offline, and this is nearly 30% of their total capacity. The company's shares are listed on the HKSE, though they have been in a trading halt for more than five months.

Most base metals are also much higher than they were a few months ago, and gold and silver are also enjoying a rise from what may come to be seen as the summer bottom. Gold was last traded at $1297usd/oz, after trading above $1300usd/oz in New York. Silver was also higher in morning trading, and reached as high as $17.30usd/oz.