“Peak Gold” May Be Near As Price Hovers Around $1290usd/oz 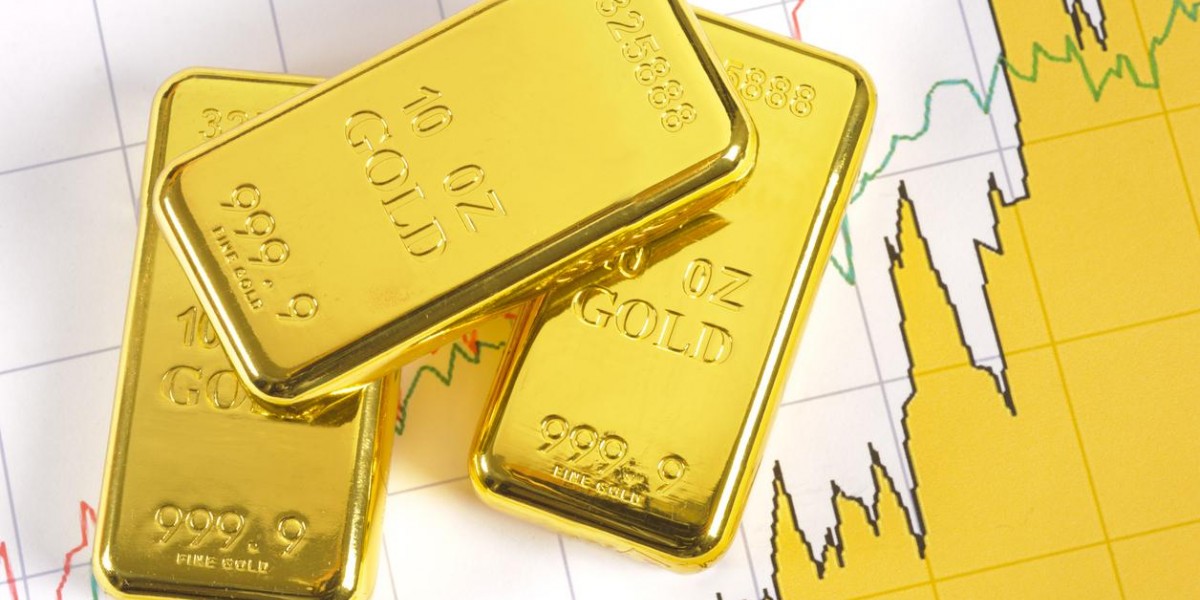 The gold price has dropped a bit from the highs it printed a few weeks ago, and has fallen below the $1300usd/oz level. Many market watchers cite a more hawkish stance from the US FED, but there are other factors like a stabilizing dollar, and a relatively quiet outlook on the geopolitical front that could also explain the pause in gold's rally.

While the price of gold isn't rocketing into the stratosphere, the production on gold is falling off. In fact, the head of the World Gold Council (WGC), Randall Oliphant, the era of “Peak Gold” may be upon us. The phrase may have been borrowed from the oil patch, where “peak oil” has been a popular theme for decades. The underlying idea is that the world production of the yellow metal may very well be peaking out, and if the production levels this year are any indication, Mr. Oliphant may be right.

This year has been the lowest production year for gold since 2014, and given the relatively stable demand for gold, it is surprising that there has been such a drop in the amount produced. Part of the reason we are seeing so much gold production going offline is due to political discord in gold producing nations, and unfortunately, this may be an emerging market dynamic.

South Africa could be the poster child for problems that are starting to take hold in other gold rich nations like Tanzania. In 1980 South Africa was the world's number one gold producer, but today, the nation only contributes 6% of the gold produced every year. Depending on who you ask, they are still sitting on around half of the world's gold reserves, but others say that amount is much lower.

While the amount of gold underground in South Africa is a matter of some debate, the production of legal gold in the country has fallen by 85% since 1980. A combination of factors can be used to explain this massive fall, but the bottom line is that South Africa struggles to develop a potentially great source of gold. The situation in both Tanzania and the Democratic Republic of the Congo is similar, and so far this year gold production has fallen by 20% in Tanzania.

The reasons for the drop in Tanzania are similar to what has destroyed the gold industry in South Africa. Labor issues are combining with a government that is looking for increasing amounts of the profit that is created by the mines, and this is leading to major conflicts with companies like Acacia Mining.

The stakes are relatively high for mineral producers in southern Africa, and in many cases mines produce not only badly needed tax revenues, but also jobs for populations that don't have many marketable skills. With currents like this in the gold mining business, it isn't hard to see how “peak gold” may indeed be here.

Much like peak oil, peak gold isn't some sort of apocalyptic prediction at all. It simply means that all the low hanging fruit is long gone, and miners are going to have to look at gold deposits that cost more to extract, and are only viable at higher prices. It also means that companies will be looking for political stability when developing mines, because when they sink loads of money into development, they want to know their rights will be protected once the mine is up and running.

As of yet none of these developments have been priced into the market, and gold's price seems to be taking cues from monetary polity. It will be interesting to see when the market at large comes to realize that gold isn't going to be as easy to come by going forward, especially when bought with fiat currency that is also packed with political risk.