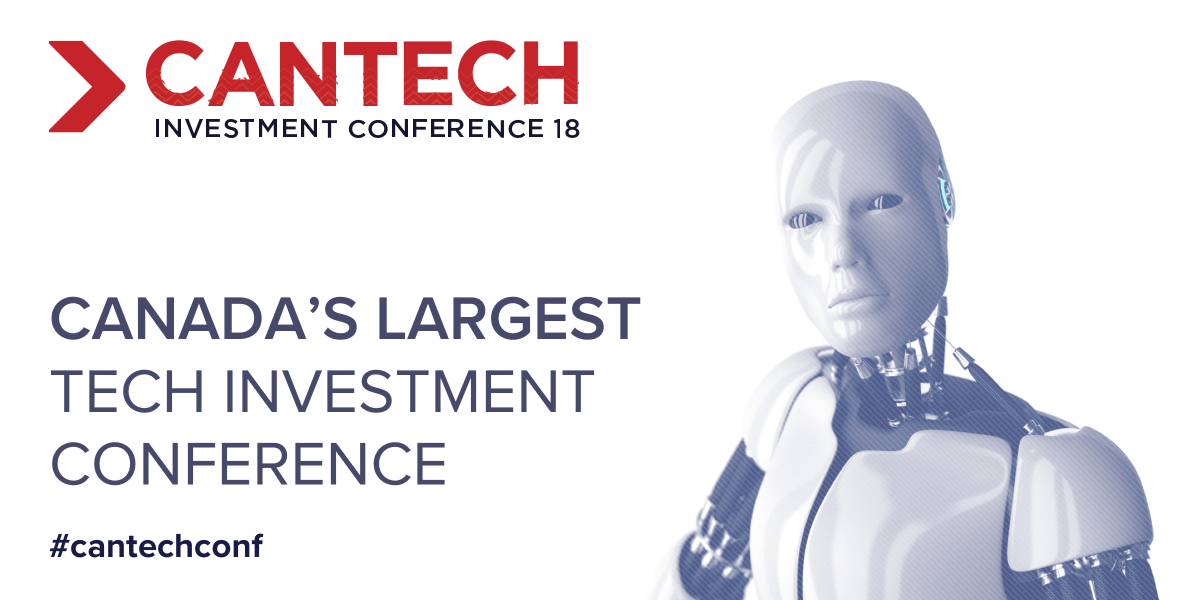 One of the most influential tech conferences of the year will open tomorrow, with world-leading Canadian companies there to interact with investors and the public.

This will be the fifth anniversary of the Cantech Investment Conference!

There will be many companies whose business models didn't exist when the Cantech Conference began, and others whose fields have become commercially viable with the rise of affordable supercomputing.

The tech innovation that has probably been making the biggest waves in the financial world over the last year is cryptocurrencies. This year's Cantech Investment Conference will feature presentations from visionary companies like HIVE Blockchain, who was the first publicly listed crypto miner in the world.

There will also be many other areas of technology that could create big changes in how we interact with each other and the world around us. Tomorrow at 9am, at the Metro Toronto Convention Center, Cantech 2018 will open its doors!

Frank Holmes of US Global Investors is a force in the resource sector. But this year saw him spearhead the formation of a new kind of publicly traded mining company.

HIVE Blockchain was the first company of its kind to hit public exchanges, but since HIVE's shares went wild, there have been a slew of other crypto miners who are listing in Canada.

At 10:15am there will be a Crypto Mining Panel discussion on the Paradigm Innovation Stage, and some of the other crypto mining companies that are working to enter the currently lucrative crypto mining market will be talking about how they plan to expand into a very new business.

Paradigm Capital's Daniel Kim will be moderating the panel, with representatives from HashChain Technology, Great North Data and Fortress Blockchain taking part. If you want to know more about an industry that is really taking off around the world, this discussion would be a great chance to learn from professionals that are working in the market every day.

The Artificial Intelligence (AI) industry has been growing for a long time in Canada, but until recently, it had limited commercial viability.

Over the last year the AI development space in Canada really heated up, with DeepMind (Google), Facebook and Samsung, among others, all looking to make long-term investments in Canadian AI. 2017 saw around $250 million USD flow into Canadian AI, and there is no reason to think it will slow down from here.

Part of the reason why AI has suddenly come into the spotlight is the sheer amount of data that now exists online. Without AI and Machine Learning (ML) based algos, there wouldn't be any way to take full advantage of big data's utility.

At 11:30 am there will be an AI Panel that features core members of AcuityAds Inc, Nexalogy and AnalytixInsight Inc, all of whom are working to use AI in different ways.

There will be other companies at the Cantech Investment Conference who are working with AI as a part of their development strategy, like Venzee, who is using it to give small businesses access to technologies that would normally only be available to much larger entities.

We WIll Be There Tomorrow!

The full agenda for tomorrow's action-packed day at Cantech can be found here. In addition to all of the companies presenting their latest ideas, there will be numerous companies who are coming to Cantech to interact with the public and investors alike.

Companies that work in healthcare, drone development and VR/AR will be making presentations and have representatives available to talk to all day long.

If you haven't registered yet, don't worry. There is still time to take advantage of advance registration pricing before tomorrow by registering here. Or, you can come to the Metro Toronto Convention Center in the morning and buy your admission on the spot.

Tomorrow's Cantech Investment Conference is an amazing chance to learn about state of the art technologies from the people who are making them a reality, and we are thrilled to be a part of it all!