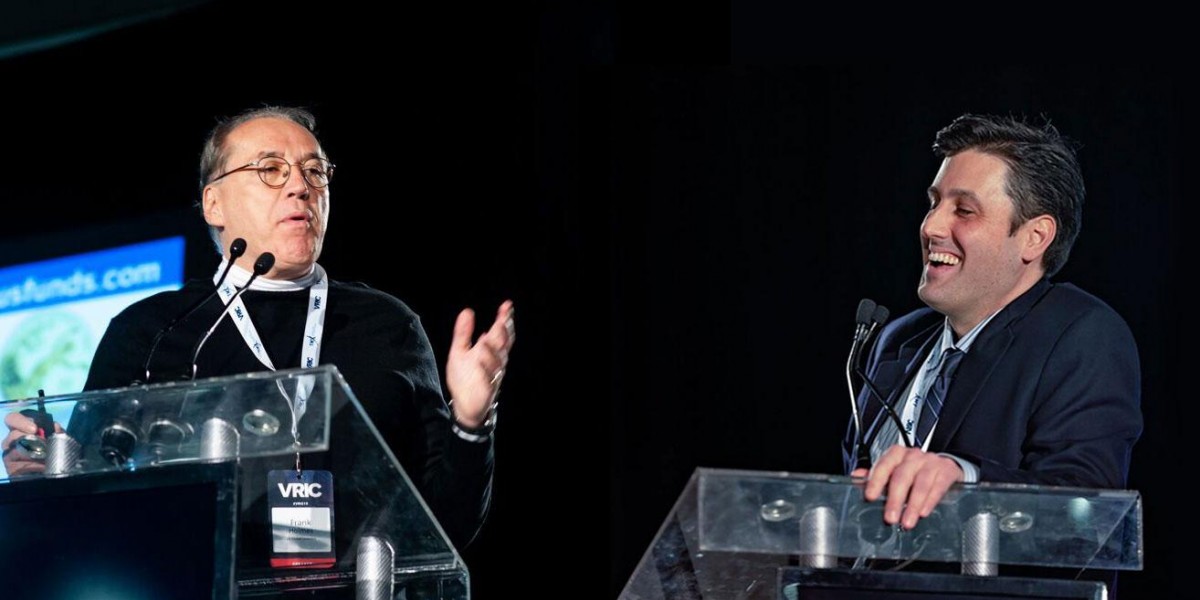 We thought we would try something different at the 2019 VRIC and have two of the best known fund managers in the resource sector square off live on stage.

We chose Marin Katusa, founder of Katusa Research and personal money manager for legends like Doug Casey. Marin has been the most active fund manager in the resource space for the last 5 years, leading both his subscribers and his fund investors to several exits and 4-digit gains.

Marin’s opponent was Morning Star’s top rated gold fund manager and CEO of US Global Investors, Frank Holmes. Frank is one of the most innovative institutional investors in the resource space, constantly evolving his brand to capitalize on emerging markets and off the radar opportunities in addition to traditional gold and resource equities.

We allowed each participant to select their Top 3 stock picks for 2019. All six of the chosen CEOs were brought on stage and given less than seven minutes to pitch the audience of 500. Following each presentation, the audience was given the chance to rank, via hand-held devices, each company on a 5 point system.

Marin and Frank are two of the most competitive guys that I know, and each had briefed their CEO’s to come out swinging.

It was a close battle, but Roy Sebag and Mene Inc. won over the audience and took home the most points giving Frank Holmes bragging rights… for now.

Due to audience demand, we will be repeating this feature at the San Francisco Silver and Gold Summit on October 27 & 28. Don’t miss it live, register HERE.