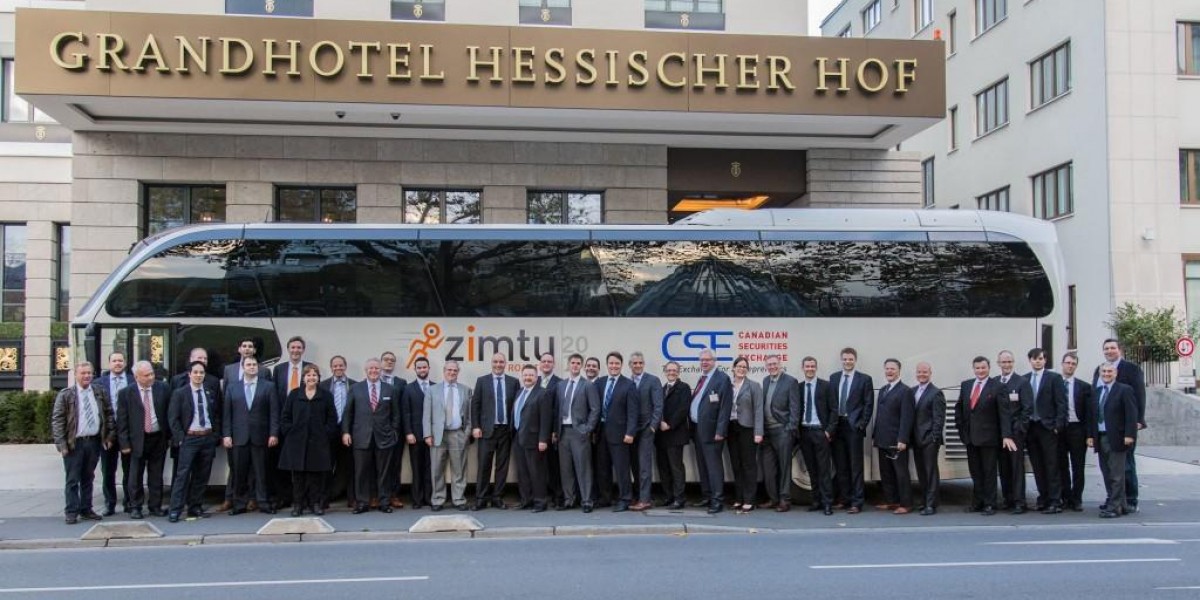 Last week I had the opportunity to travel through Germany and Switzerland with 15 public companies. The trip was hosted by The Canadian Securities Exchange and Zimtu Capital Corp. Our good friend Chris Berry was a keynote speaker and acted as an MC during the presentations and seminars.

I have linked his recap below of the trip and his EU views below.

For a PDF copy of this note, click here.

Europe has always fascinated me. A thousand years of rich history confront you regardless of the country or city you visit. Opportunities to talk to Europeans from all walks of life regarding their views on current events or the global financial markets put in a unique historical context are worth the time and effort it takes to plan a trip.

My recent trip to Frankfurt, Munich, Zürich, and Geneva was no exception. I went as a keynote speaker on the Fourth Annual Zimtu Capital Bus Tour where I spoke in each city and also served as a moderator and emcee. Accompanying Zimtu were a well-rounded stable of companies representing resources as varied as diamonds, potash, coal, and uranium. Representatives from the Canadian Securities Exchange along with several CSE-listed companies were also in attendance, and as these companies were not natural resource-focused (vertical farming, biotech, high tech), it gave this year’s tour a more diverse flavor than in years past. Everyone – from institutional and individual investors to the companies themselves – had a unique opportunity to view the small cap discovery sector in a different light.

That said, this note focuses on European investors opinions of the resource sector now that we are three years into what feels like a seemingly relentless malaise. My experience in Germany wasn't unlike that of years past. The typical investor appears more interested in owning the physical silver or gold bullion than mining shares (although this isn't universally the case). This is interesting, indeed, relative to the overwhelming opinion of analysts that deflation is a more likely scenario for the EU in general.

While I would argue that many individuals I know have accepted the reality of lower precious metals prices for the foreseeable future – many people I spoke with in Germany thought that gold and silver should be – and would be – trading higher soon. The rationale for this wasn't always clear as the usual arguments about manipulation and looming hyperinflation were trotted out while deflationary trends so evident were not given much credence.

I did an interview at the Munich Precious Metals show with Miningscout which you can see here.

The meetings in Switzerland were notable for their dynamism, commentary, and questions from the attendees. The discussion of the Swiss gold referendum (20% backing of the Swiss currency by physical gold) loomed large over the conferences with the audience split 50/50 on it passing. The main issue wasn't the disbelief that the precious metals and mining company shares were falling. This appeared to be an accepted reality and the question was more of “What do we do given this new lower metals price environment?”

One exchange I had in particular stood out. While talking about gold and silver, my counterpart turned and asked:


The chart below explains her fears and provides context. After a parabolic boom in the gold price in the late 1970s, the gold price collapsed (circled in black) and remained range bound until the early 2000’s. I add this chart not to invite scrutiny from gold bugs, but to demonstrate this woman’s concerns. If we are indeed at a point in the gold cycle resembling 1982, this has profound implications for your gold and currency investments. What will you do as a gold investor if the gold price remains flat for the next 20 years?

For the record, while I think gold will tread water in the near-term, I don’t believe were in another 1982-type scenario. The global economy is much more integrated than ever before, and is drowning in debt and derivatives. I think many now view gold as its own asset class rather than its traditional role as a hedge against inflation. In this way, gold is a victim of its own success, as is silver. Days where the price of gold rises or falls $20 per ounce are looked upon as trading opportunities and the long-term rationale for owning precious metals or company shares has taken a back seat. This type of thinking is dangerous. If anything, the concern should be for higher, rather than lower gold prices based on the potential for widespread economic instability and Central Banks unable to mop up excess liquidity in the financial system fast enough to prevent inflation.


However, that’s not the casein Europe. This has everything to do with Central Banks around the world jawboning the equity markets higher with zero interest rates and QE and talking down inflationary expectations. Regular readers will know that we are at least in the disinflation and possibly in the deflation camp. While in Europe, I made this case to each audience. With a collapsing velocity of money, excess labor, capital, and dormant liquidity choking the global financial system, excess inflation (and by extension the need for the precious metals) is currently a distant reality. The Euro Zone is struggling to generate sufficient economic growth and is clearly fighting disinflation rather than generating inflation, China continues to moderate its growth rate, and Japan has just entered its fourth recession since 2008. Who will serve as the engine of global demand to ignite wage pressures and the inflation Central Bankers covet? How did we get to this point where Central Banks covet inflation but can't seem to generate it

The Japanese battle with deflation began with a stock market collapse in 1989 as a result of a real estate bubble. When banks in Japan curbed their lending, wages halted their climb and sufficient organic economic growth has never really returned. This scenario should sound familiar to everyone in the US as almost the exact same scenario has unfolded there since 2008. One must believe that Federal Reserve officials in the United States are watching the developments in Japan and the failure of their own version of QE (Abenomics) to generate growth with increasing concern.

As I said before, I don’t yet believe we’re at another “1982-style” inflection point for a number of reasons. Regardless of that, turning on the television and watching the price of gold and oil fall and assuming the entire commodity complex is suffering the same fate is a big mistake. I also made this point to my audiences.

Despite what the doom and gloom crowd would have you believe, the global economy has never been more prosperous and generally speaking living standards are still on the ascent. It’s important to remember that the global economy is, on balance, still growing. Scientists and entrepreneurs all over the world are at work in R&D labs focused on finding solutions to some of life’s most pressing issues. Finding those high growth opportunities is exactly what small cap disruptive discovery investing is about and my travels in Asia and Europe have reinforced this view.

I’ll be speaking about these themes at Mines & Money in London Dec 1 – 4. Please reach out if you’ll be there.

The material herein is for informational purposes only and is not intended to and does not constitute the rendering of investment advice or the solicitation of an offer to buy securities. The foregoing discussion contains forward-looking statements within the meaning of the Private Securities Litigation Reform Act of 1995 (The Act).  In particular when used in the preceding discussion the words “plan,” confident that, believe, scheduled, expect, or intend to, and similar conditional expressions are intended to identify forward-looking statements subject to the safe harbor created by the ACT.  Such statements are subject to certain risks and uncertainties and actual results could differ materially from those expressed in any of the forward looking statements.  Such risks and uncertainties include, but are not limited to future events and financial performance of the company which are inherently uncertain and actual events and / or results may differ materially.  In addition we may review investments that are not registered in the U.S. We cannot attest to nor certify the correctness of any information in this note. Please consult your financial advisor and perform your own due diligence before considering any companies mentioned in this informational bulletin.

The information in this note is provided solely for users’ general knowledge and is provided “as is”. We at the Disruptive Discoveries Journal make no warranties, expressed or implied, and disclaim and negate all other warranties, including without limitation, implied warranties or conditions of merchantability, fitness for a particular purpose or non-infringement of intellectual property or other violation of rights. Further, we do not warrant or make any representations concerning the use, validity, accuracy, completeness, likely results or reliability of any claims, statements or information in this note or otherwise relating to such materials or on any websites linked to this note. I own no shares in any company mentioned in this note.


The content in this note is not intended to be a comprehensive review of all matters and developments, and we assume no responsibility as to its completeness or accuracy. Furthermore, the information in no way should be construed or interpreted as – or as part of – an offering or solicitation of securities. No securities commission or other regulatory authority has in any way passed upon this information and no representation or warranty is made by us to that effect. For a more detailed disclaimer, please see the disclaimer on our website.