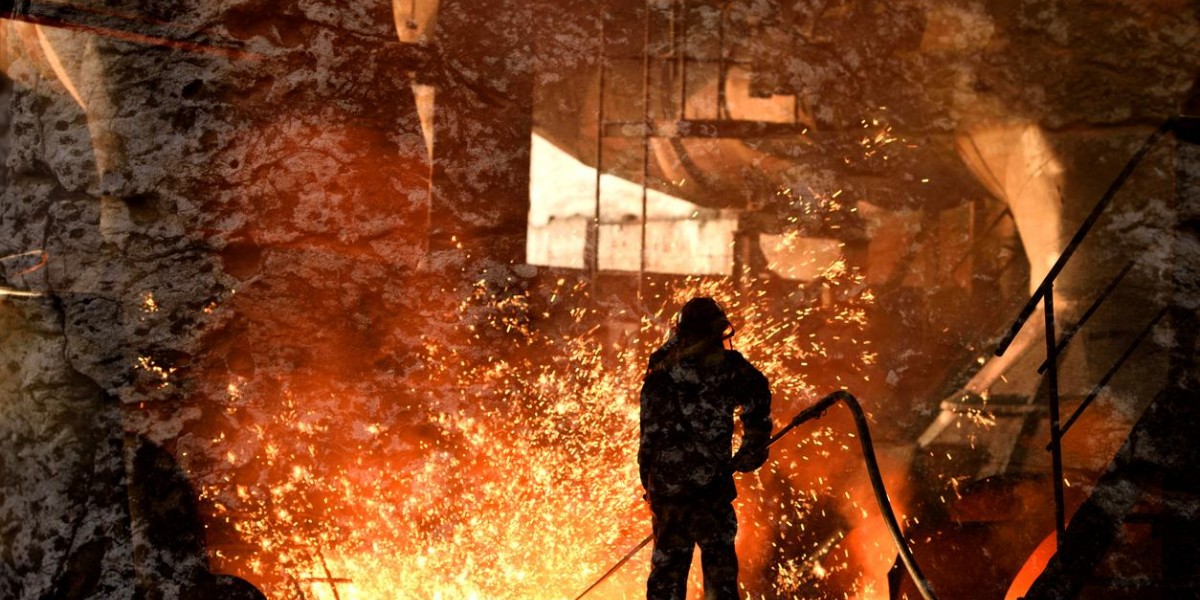 Iron ore prices seem to be joining the entire commodity complex in a big open to 2018.

Benchmark prices for iron ore in China have hit levels that haven't been seen since last September, and across the Indian steel industry concerns are being voiced over the rising cost of the key feed ingredient.

While steel prices aren't rallying with the same force as the rest of the commodity complex, a series of Chinese production curbs may be responsible for part of the tightness on the high end of the iron ore market. The Chinese government has been making a broad based push to limit polluting industries, and steel mills that use lower grade ore have been put into an undesirable situation.

This movement towards higher quality feed stocks isn't limited to the iron ore market, and the same underlying trend probably led to the upcoming regulations that will limit low grade copper scrap imports into the Middle Kingdom.

Unlike many policies that China pursued during the last two decades that allowed them to dominate the production of exotic elements like the REE's and tungsten, this new push towards higher grade feed stocks seems to be moving towards more responsible environmental policy.

The problem at the moment appears to be that during the last decade or so, because the bulk commodity market suffered such a severe downturn, the capesize carriers that China needs access to in order to transport high grade Brazilian and Australian ore are in short supply.

While there is no shortage of low grade ore in and around China, there are very few places on earth that can supply grades in excess of 68% FE in the quantities China needs. This is driving the prices on capesize carriers higher, but much like the blowout in the BDI we saw in 2007, there could be larger forces in play.

While lithium, cobalt and the REE's are necessary to continue humankind's push into the high tech development space, the One Belt, One Road (BDI) program is going to require a lot of the simple elements that the modern age was built on. With the BDI in play, and steady development outside of China's push for increased Eurasian integration, the need for steel could rise significantly over the next decade.

India's state run miner, NMDC, announced recently that iron ore prices would rise by between 20-22%, which is expected to create headwinds for struggling steel mills in the new year. This move by NMDC also may serve to remove steel from the Indian market in the medium term, if mills that are already in poor financial health are unable to continue production.

Tata Steel is looking for permission from a regional government to expand ore mining capacity at their Khandabandh iron ore mines from 1 million to 5 million tonnes on an annual basis.

Their goal over the next four years is to increase their overall capacity for steel manufacture in India to 18 million tonnes every year, and depending on how cheaply they can secure iron ore, some of their local competition may face closures if they can't stay competitive on price.

As China's push towards better quality feed materials shows, the world will need to wake up to the fact that as China's economy moves away from could be viewed as a 'growth at any cost' philosophy, the repercussions for the commodity markets could be substantial.

While China may no longer be willing do pollute its skies, there are other places that will probably continue to use lower grade feed materials, and supply the steel and copper that will be necessary for one of the largest build outs of infrastructure in the history of humankind.

Pakistan's recent pivot away from the US due to a series of tweets is telling of how quickly major changes can happen in today's world. Prior to President Trump's series of ill conceived tweets, China probably wouldn't have had much luck convincing Pakistan to allow a Chinese military base on their soil.

Now, that may have changed.

All of these factors are leading to an increasing need for minerals of every kind, and if you are interested in meeting the mining companies that can fulfill those needs, the upcoming Vancouver Resource Investment Conference is the place to be.

The VRIC will bring together more than 250 top tier mining companies, as well as a number of highly experienced investors. There will be presentations given by thought leaders like Jim Rickards and Rick Rule, but there will also be commentary from industry insiders like Amir Adnani, and Frank Giustra.

This year's VRIC happens on January 21st, at the Vancouver Convention Center West, right on the water in beautiful Vancouver. If you decide to register before the event, you can gain admission for free. But if you want to buy your credentials at the door, don't worry, we will be waiting for you!